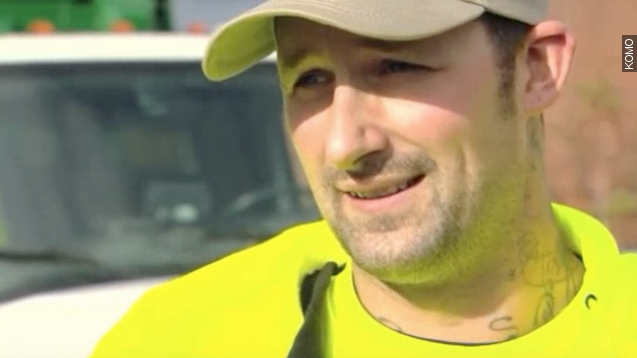 SMS
Garbage Man Returns $12,000 In Lost Checks To School
By Ben Lawson
By Ben Lawson
November 6, 2015
A garbage man is being praised for going above and beyond to get a bag of lost checks back to a school in Seattle.
SHOW TRANSCRIPT

A Seattle garbage man is being called a school's hero after he returned $12,000 in lost checks.

"It felt really good, but at the same time, I was just making sure I did the right thing," said Micah Speir.

Micah Speir was working his normal route when he came across the checks in a bag on the ground and called the school's principal. (Video via Waste Management)

"That's just going the extra mile for students and families and a school, and it's incredible and it speaks to his character," said Lawson Elementary School principal Dorian Manza.

School officials say a PTA board member accidentally dropped the checks after leaving a fundraiser. The principal offered Speir a reward for his good deed, but he declined.