Gap Store Closings Could Be The Beginning Of 'Mall Deaths' 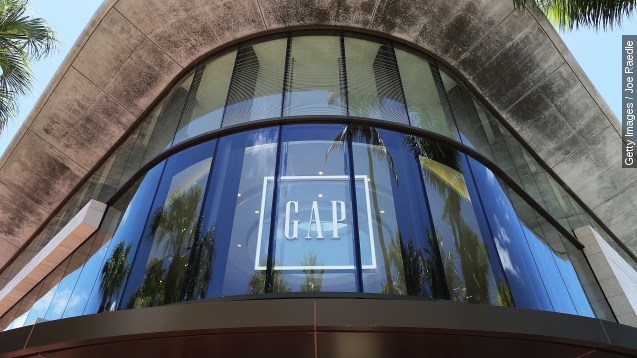 SMS
Gap Store Closings Could Be The Beginning Of 'Mall Deaths'
By Katie Link
By Katie Link
June 16, 2015
Gap said Monday it plans to close a quarter of its North American stores and revamp its online efforts.
SHOW TRANSCRIPT

Gap announced Monday that 175 stores across North America will close their doors and 250 corporate jobs will soon be dropped.

To put those numbers in perspective, one-quarter of Gap's North American stores will vanish, and the company will lose about $300 million in sales annually, according to The New York Times.

Some say it's due to fashion fumbles. Others say it's because European brands are stealing customers. And still other media outlets report the push away from malls toward online storefronts is the biggest factor.

"They have decided we need to reduce our store fleet and that's not an uncommon move for a lot of U.S. retailers. Everyone is closing stores, especially at some of those lower performing malls," an analyst told Bloomberg.

So does misery love company? Business Insider reports Sears, Macy's, Wet Seal and many other mall-centric retailers have also started closing up shop in recent years.

Shopaholics beware, media outlets have been warning consumers of "mall deaths" for the past few years. That article from Business Insider reports retail consultant Howard Davidowitz predicts half of malls will fail by 2035 — a trend that seems to have already started. U.S. News and World Report estimates more than two dozen malls have closed in the past five years.

Kelly Tackett, research director and retail analyst at Planet Retail, told the Washington Post: "Customers are changing the way they're shopping. There's less of a need for retailers to have expensive real estate in stores; that real estate can be better used elsewhere."

That shift in shopping is exactly what Gap hopes to capitalize on next. According to ZDNet, the company plans to develop new personalized marketing strategies and revamp its digital platforms.

Gap CEO Art Peck said in a statement Tuesday to ZDNet, "We're constantly testing and rolling out new innovations to ensure we stay ahead of the customer and, ultimately, thrive in a time of disruption."

This is the second round of store closures for Gap. In 2011, the company announced 21 percent of its retail spaces would be eliminated.