Game Over: Cloud Gaming Service OnLive To Shut Down 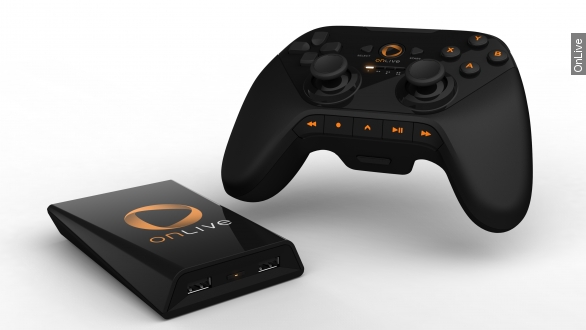 SMS
Game Over: Cloud Gaming Service OnLive To Shut Down
By Evan Thomas
By Evan Thomas
April 3, 2015
OnLive’s cloud-gaming business model appears to have flamed out before the market was ready to support streaming games.
SHOW TRANSCRIPT

Game streaming service OnLive is shutting down and selling its assets to Sony.

OnLive streams video games from the cloud to set-top boxes, tablets or smart televisions: instead of a hefty computer or dedicated console, all you need is a sufficiently powerful Internet connection. (Video via OnLive)

But OnLive’s servers will shut down at the end of April. With the exception of certain compatible games that will still be available on game service Steam, its collection of cloud-based games will go offline.

It’s been a bumpy road for OnLive. This is its second big sale in four years. In 2012, when it sold to investment firm Lauder Partners for $4.8 million, its entire staff lost their jobs.

OnLive is a bit more stable now, if less exciting, but industry watchers are holding it up as something of a cautionary tale: an example of First is Not Always Best.

VentureBeat notes its streamed games always seemed to be chasing the resolution and framerate of physical consoles, to say nothing of the additional latency the streaming caused.

Ars Technica characterized it as “just a little bit too far ahead of the curve:”

“As low-latency bandwidth continues to become cheaper and more accessible around the world, it seems likely someone will nail the correct combination of business model, game selection, and easy-to-use interface to become the industry's answer to Netflix.”

For what it’s worth, the streaming games niche is still healthy. NVIDIA has its Grid technology for handling heavy graphics loads in the cloud;

Other startups, such as Shinra Technologies, are trying to find more success with game streaming than OnLive did.

And there’s Sony, which will be absorbing OnLive’s patents next month. Sony’s PlayStation Now works the same way OnLive does. Users can stream PlayStation 3 games to a number of compatible consoles, handheld devices and televisions.

OnLive will continue to run until the April 30 shutdown date. Terms of the new deal with Sony haven’t been disclosed, but it’s said all that will survive of OnLive is its patents.

This video includes music by Broke for Free / CC BY 3.0.