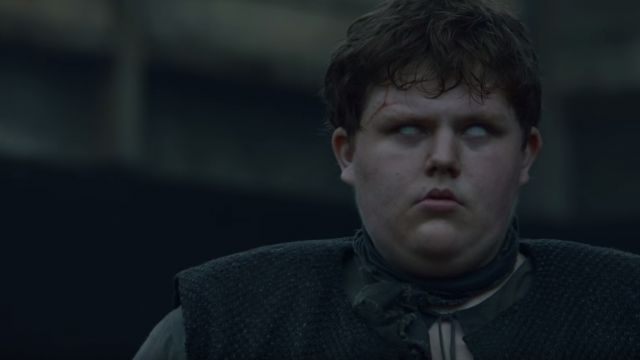 SMS
'Game Of Thrones' Finally Tells Hodor's Story — And It Will Crush You
By Jamal Andress
By Jamal Andress
May 23, 2016
Winterfell's gentle giant was the focus of the most heart-wrenching moment so far of "Game of Thrones" season six.
SHOW TRANSCRIPT

In arguably the second biggest reveal of the season, D. B. Weiss and company told the story behind Hodor's name: how he got it and why he can't stop saying it.

Needless to say, spoilers are ahead.

In true "Game of Thrones" form, one of — if not the most — lovable, adorable and likable characters in the series, Winterfell's gentle giant Hodor met his demise in episode five.

"He's a lovable character, and of course I love him to death," said Kristian Nairn, who plays Hodor.

And of course, he died to save his dearest friend, Bran, who might've ultimately caused the problem in the first place. Way to thank the guy who's been carrying you around for six seasons.

Well, while we now know the origin (and conclusion) of Hodor, we're still waiting to learn the limits of Bran's powers now that he has taken the Three-Eyed Raven's place.

As always, "Game of Thrones" is required viewing Sunday at 9 p.m. Eastern.

This video includes clips from HBO.