The World Still Thinks US Leadership Is Strong — For Now 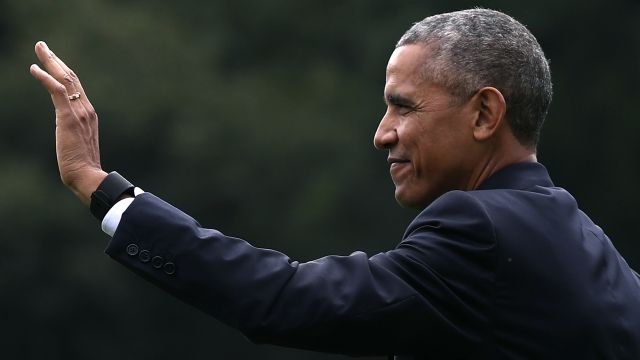 SMS
The World Still Thinks US Leadership Is Strong — For Now
By Briana Koeneman
By Briana Koeneman
October 14, 2016
In a new Gallup poll of major world powers, the median approval rating of U.S. leadership stayed at 45 percent in 2015.
SHOW TRANSCRIPT

The world says the U.S. is doing pretty well when it comes to its leadership. At least for now.

According to a Gallup poll released Friday, the 132 countries surveyed landed on a 45 percent median approval rating of U.S. leadership. That's the same as it was the year before.

The U.S.' global image has been fairly strong since President Barack Obama first took office in 2009.

When he was first elected, a whopping 49 percent of those surveyed worldwide approved of American leadership.

But the upcoming U.S. presidential election could change that.

"I will build a great, great wall on our southern border. And I will have Mexico pay for that wall," Donald Trump said during his announcement speech.

New research from Brand Finance says a Trump presidency would threaten the U.S.' global image because of his views on foreign policy.

A survey from the Pew Research Center in June had similar results. But it also found while international confidence in Hillary Clinton's ability to lead the country was significantly greater than Trump's, it was still lower than Obama's.

According to the Gallup poll, the U.S.' leadership approval rating only narrowly beat Germany's 43 percent. Leadership in Russia scored the lowest of the top five global powers at 24 percent.