Despite Recent Protests, Respect For Police Is On The Rise 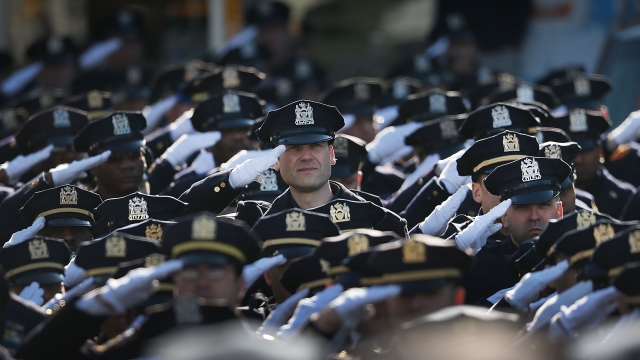 SMS
Despite Recent Protests, Respect For Police Is On The Rise
By Grant Suneson
By Grant Suneson
October 25, 2016
The respect Americans have for police has sharply increased in the past year, according to a new poll.
SHOW TRANSCRIPT

Recent protests against police brutality have prompted many cops to say they're being unfairly demonized and disrespected. But a new Gallup poll shows the opposite is actually true.

The percentage of Americans who say they have a great deal of respect for police has spiked in the past year from 64 percent to 76 percent.

In cities like Charlotte, North Carolina, and Baton Rouge, Louisiana, there were massive protests against perceived racial discrimination from police. But non-white citizens' respect for police went up by 14 percent this year — one of the largest increases across demographics.

The growth wasn't just among minorities, though. The percentage of people who said they have great respect for police increased across all races, ages and political preferences.

Gallup said it's tough to tell whether the increase in respect is sustainable, or if it's a temporary reaction to the recent instances of police officers being gunned down in the line of duty.