Gadgets Take On More And More Polish At CES 2015 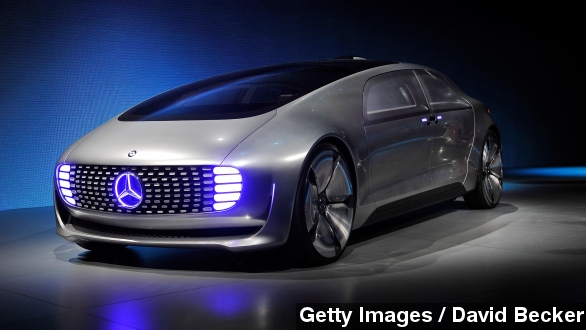 SMS
Gadgets Take On More And More Polish At CES 2015
By Evan Thomas
By Evan Thomas
January 10, 2015
Many of the headliners at the 2015 Consumer Electronics Show aren’t brand new but instead more refined versions of things we’ve seen before.
SHOW TRANSCRIPT

2015’s Consumer Electronics Show is done, and some of the biggest trends in the annual trade show for shiny new tech aren’t new themselves. They're just getting more and more polished.

Drones, for example, were everywhere.

Gimballed camera ones, tiny ones, and swarms of them flying in formation. (Video via ABT Electronics)

They’re all still slaves to their batteries and to an FAA-imposed flight ceiling of 400 feet. But the BBC notes they’re most likely here to stay, and easier to use than ever.

“So with this drone you can have two people control it. So I’m flying the drone and Eric’s controlling the camera,” said the BBC’s Jen Copestake.

Much of the focus among automakers looks to be on taking the driving out of driving.

That’s obviously not for everyone, but just from a tech standpoint the advances are drawing attention.

For the James Bond wannabes, BMW showed off a smartwatch app for controlling your car — up to and including some limited driving. Press a button and it will park itself. No missiles in the roof rack or oil slicks in the rear, though. (Video via CNET, United Artists Pictures)

The Mercedes F 015, meanwhile, is hard to mistake for anything but a concept car, where the designers tend to throw in the chrome-plated kitchen sink just because they can.

And outlets have noted it seems more at home at a tech trade show than an auto conference. In place of impressive speed or horsepower, the F 015 showed off driverless tech, eye-tracking and laser projectors.

One rep told USA Today “this is an important place to be given how much technology is making its way into cars.”

And it wouldn’t be a tech show without updates to the current crop of VR headsets.

Some of them are reasonable.

Avegant’s Glyph, which uses micro projector tech to beam movies and games straight to the wearer’s retinas, is starting to look like something people might actually wear in public. Maybe. (Video via Tom’s Guide)

And Oculus VR updated its Rift headset with positional audio to crank up the immersion another couple of notches. (Video via Tested)

Still no word on when that one will finally make it to market, but the company is said to be aiming for sometime in 2015.

This video includes images from Getty Images and music by Risey / CC BY NC 3.0.