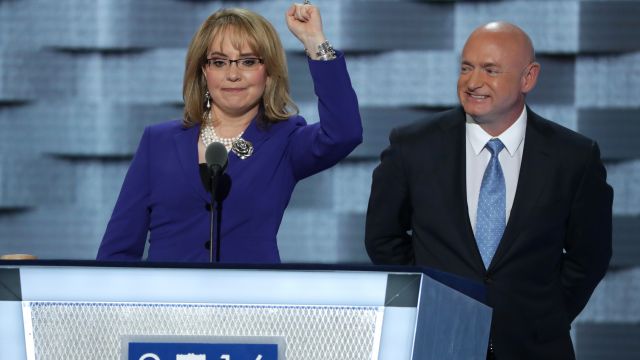 SMS
Gabby Giffords: Come January, I Want To Say 'Madame President'
By Zach Toombs
By Zach Toombs
July 27, 2016
The former congresswoman, who was shot in the head in 2011, is a longtime advocate for Hillary Clinton.
SHOW TRANSCRIPT

"Speaking is difficult for me, but come January I want to say these two words: Madame President," former Rep. Gabby Giffords said at the Democratic National Convention on Wednesday.

Former Rep. Gabby Giffords gave an emotional speech at the DNC. Giffords was shot in the head fives years ago. She's been on a long road to recovery since then. She's a strong advocate for gun control and for Hillary Clinton.