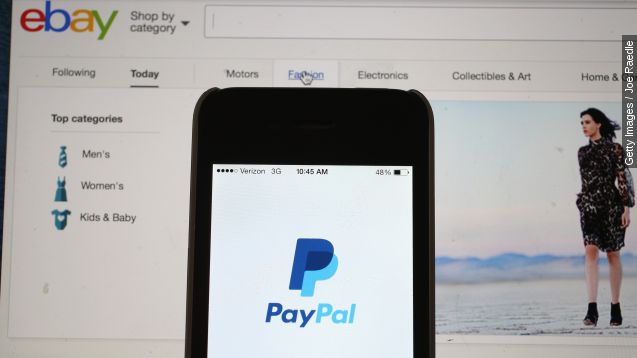 When eBay bought PayPal in 2002, they couldn't have fit more perfectly together.

Both businesses were booming, and their services were complementary: Use eBay to shop for something and use PayPal to pay for it.

Partially due to pressure from billionaire investor Carl Icahn, eBay wants to focus on other parts of the company. That's just fine with PayPal, which walks away from the breakup with $5 billion and a bigger market cap than eBay.

EBay faces a tougher road ahead. The company's former CFO said, "Things will get worse in the first half of 2015 before they get better."

But both companies face steep challenges in the e-commerce business as they venture out on their own, including expansion from giant companies like Apple, Amazon and Alibaba.

Both eBay and PayPal are under new leadership, both with plans for success.

But PayPal has to relearn the ropes of independence, and eBay isn't the company it was in 2002.