FTC Says You Should Get What You Paid For On Kickstarter 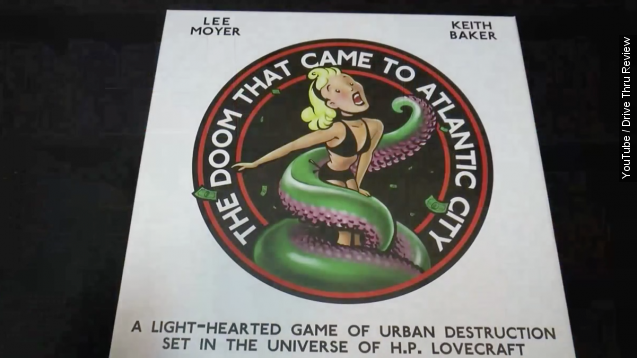 SMS
FTC Says You Should Get What You Paid For On Kickstarter
By Ben Lawson
By Ben Lawson
June 11, 2015
The FTC settled a case Thursday involving a man on Kickstarter who used backers' money for personal expenses instead of the product he promised.
SHOW TRANSCRIPT

There seems to be no end to the unique and creative projects coming through Kickstarter, from Cards Against Humanity to the Oculus Rift. Although more than $1 billion was raised on the site last year alone, crowdfunding is still pretty new.

Thursday, the Federal Trade Commission waded into its first case involving what happens when a business fails to deliver a product or when backers' money is spent on things that have nothing to do with what they put cash down for.

The FTC had charged Erik Chevalier, whose Kickstarter board game "The Doom That Came to Atlantic City" was canceled 14 months after tallying up about $122,000 from over 1,200 backers.

The FTC's complaint was not only did Chevalier fail to deliver on his product but he also used Kickstarter money on personal expenses, like rent, moving himself to Oregon and licenses for a different project.

Jessica Rich, director of the FTC's Bureau of Consumer Protection, said in a statement: "[Consumers] generally know there's some uncertainty involved in helping start something new. But consumers should be able to trust their money will actually be spent on the project they funded." (Video via AdExchanger)

In his settlement order, Chevalier agreed to refund his backers. But that order was suspended because all of the money he raised on Kickstarter had been spent. However, that could change if it's determined Chevalier lied about that money being gone. (Video via Drive Thru Review)

So even though this ruling is shy of the victory Chevalier's backers were likely hoping for, it's a reminder that Kickstarter money comes with strings attached.

The project's backers did eventually receive copies of the game after another company swooped in and finished it. (Video via YouTube / BoredtoDeathTV)