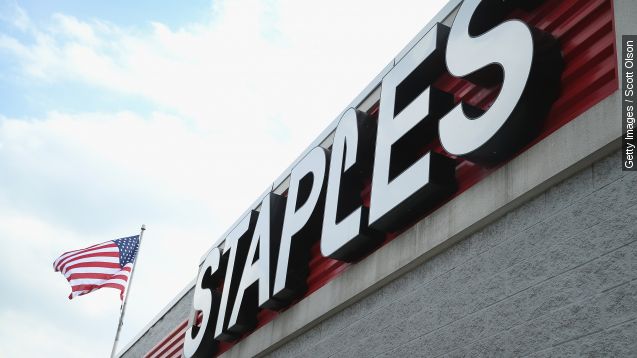 SMS
FTC Rejects Staples' $6.3B Takeover Of Office Depot
By Matt Moreno
By Matt Moreno
December 21, 2015
The FTC hinted in early December that the deal might not be approved because of antitrust concerns.
SHOW TRANSCRIPT

Staples' acquisition of Office Depot might be in jeopardy after the Federal Trade Commission rejected the company's latest offer.

Staples made the announcement, saying it is "confident in its legal position" and "looks forward to a full and impartial judicial review of the matter." (Video via Staples)

The FTC hinted at rejecting the proposed deal in early December, saying it would violate antitrust laws "by significantly reducing competition nationwide in the market for 'consumable' office supplies sold to large business customers for their own use."