FSU Shooter's Paranoia Leading Up To The Attack 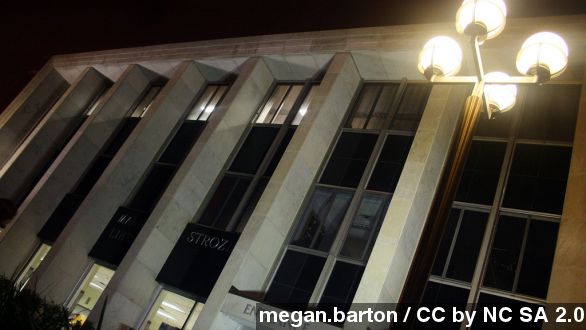 SMS
FSU Shooter's Paranoia Leading Up To The Attack
By Jay Strubberg
By Jay Strubberg
November 21, 2014
Florida police believe Myron May was paranoid the government was out to get him.
SHOW TRANSCRIPT

New details have emerged about Myron May, the gunman police shot and killed after he allegedly opened fire and wounded three people inside a Florida State University campus library Thursday morning.

Thirty-one-year-old May is an FSU alum who went on to become an attorney. He had recently returned to Florida to start up his own law firm.

But recent Facebook activity lead police to believe May was paranoid the government was out to get him.

"Mr. May had a written journal and videos where he expressed fears of being targeted," Tallahassee Police Chief Michael DeLeo said in a press conference.

The Inquisitr says the lawyer posted "a number of ominous Biblical passages, a short rant against 'our government' and a bizarre image depicting a Google search for 'targeted individuals.'"

The FSU alum posted on a Facebook page called "Targeted Individuals Worldwide," a group which contends the U.S. government is using mind-control technology to manipulate its citizens.

His post reads: "Has anyone here ever been encouraged by your handler to kill with a promise of freedom?"

Pretty much the same goes for this video May posted on his Facebook page where former professional wrestler Jesse Ventura explores, "Remote Neural Monitoring" a supposed NSA spying technology.

- Last month, May's ex-girfriend told police he harassed her.
- She said he 'had developed a severe mental disorder'
- She also said he believed 'cops were after him, bugging his phone and putting cameras in his car and home.'
- And he took prescription drugs for ADHD, though the 'affliction had worsened' recently.

Some of the other people who knew May, including the best man at his wedding, say his actions shocked them as well.

"I feel for the people that he shot, but I just want people to know that's not who he was and I believe 100 percent, he was not in his right mind when he did that," said Keith Jones to WCTV.

As for the students of FSU, they came together for a candlelight vigil Thursday night for the three people injured in the shooting. One victim remains in critical condition, another is in good condition and the third victim was released after treatment for minor wounds.