'Frozen' Actress Got Paid $926, But Is That Unreasonable? 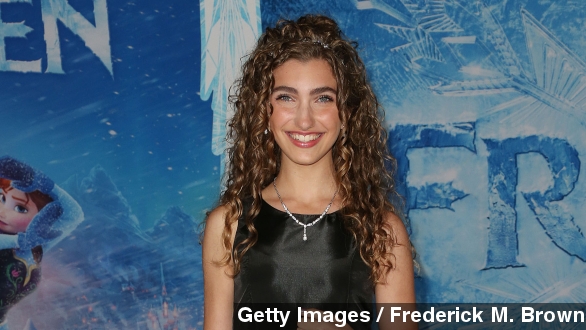 SMS
'Frozen' Actress Got Paid $926, But Is That Unreasonable?
By Lauren Zima
By Lauren Zima
November 12, 2014
The 15-year-old who voiced a few lines as the character Elsa in the hit movie was paid less than $1,000; the movie grossed $1.2 billion worldwide.
SHOW TRANSCRIPT

One actress from "Frozen" didn't get a ton of cold, hard cash.

This story is making headlines — 15-year-old Spencer Lacey Ganus, who voiced one of the younger versions of the character Elsa for a few lines in the hit movie, apparently got paid just $926.20.

"I'm scared! It's getting stronger!"

"Getting upset only makes it worse. Calm down."

"No, don't touch me. Please. I don't wanna hurt you." (Video via Walt Disney Animation Studios)

The news originated from TMZ, which reports the teen filed her contract in court and got paid for one day's work on the film.

Which went on to become the highest-grossing animated movie ever, making $1.2 billion — yes, billion — worldwide at the box office alone.

But based on the report, it's unclear whether the actress' court filing means she's trying to get more money.

And if you're feeling incensed for her, remember: Just because a movie does really well at the box office doesn't mean the actors involved get more dough. (Video via Walt Disney Animation Studios)

Getting a percentage of a movie's profits usually has to be negotiated into a contract from the start. And to get that percentage, you've likely got to bring star power to a movie.

Take Sean Connery, for instance. He was reportedly offered the part of the wizard Gandalf in "Lord of the Rings."

Connery didn't take the role, so he missed out on about $450 million. Seriously.

And for a success story, take Leonardo DiCaprio. The movie "Inception" was seen as risky, so he agreed to a pay cut to make the budget work. In exchange, he got a percentage of any ticket sales — and, according to Forbes, took home about $50 million. The movie was a box office smash.

Of course, Ganus isn't famous. Her story actually reminds us a bit of the talk surrounding Oscar-winner "Slumdog Millionaire" after its big success in 2008.

The child actors' parents argued the kids were underpaid, and this was coming from poor families. Quite the controversy.

But the studio and director Danny Boyle said the kids had been paid well, and Boyle set up a trust to make sure they got educations and better housing.

Ganus was much more experienced, though — when she appeared in "Frozen," she'd already done voice work in "Ice Age: The Meltdown," "South Park" and "Happy Feet."

There's been no comment from Ganus or Disney on TMZ's story.