From Passion To Passivity: A 1-Day Difference For RNC 'Never Trumpers' 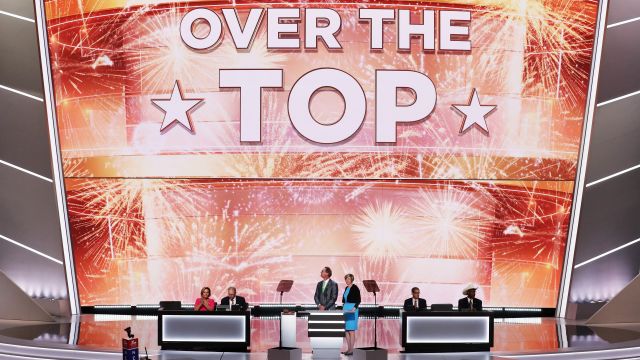 SMS
From Passion To Passivity: A 1-Day Difference For RNC 'Never Trumpers'
By Jake Godin
By Jake Godin
July 20, 2016
"Never Trumpers" gave it their best shot, but after a failed attempt to change convention rules, there wasn't much they could do to stop The Donald.
SHOW TRANSCRIPT

This is a "Never Trumper" on Day One of the Republican National Convention.

"That's not how it works in America! What you just did is what happens in Venezuela and the Soviet Union in the 1980s. It doesn't happen in America — except under Donald Trump!"

"Can't you yell that out or somehow scream it out?"

"Never Trumpers," as they're known, were soundly defeated on Day One after a failed bid to change convention rules.

In the end, of course, the efforts didn't really result in anything — Trump became the Republican nominee for president.