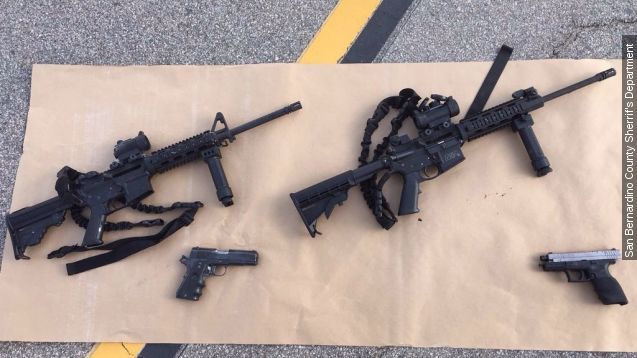 The man who purchased the assault rifles used in the San Bernardino terrorist attack has been indicted by a grand jury.

Enrique Marquez, seen here in an unrelated interview with KTLA before the attacks, was a longtime friend of Syed Farook, the man who shot and killed 14 people with his wife Tashfeen Malik before being confronted and killed by police. Marquez bought the guns used in the attack for Farook in 2011 and 2012.

It's not clear if Marquez knew about the attack in advance, but prosecutors say Marquez and Farook previously conspired on launching other terrorist attacks in California; obviously, those plans were never carried out.

In addition to providing material support to terrorists and making false statements about the weapons he purchased, Marquez is also being charged with one count of marriage fraud.

Prosecutors allege Marquez entered into a sham marriage which allowed a Russian woman tied to Farook's extended family to move to the U.S. Marquez is being held without bail on these charges; he could face up to 50 years in prison if convicted.