Friend Of Germanwings Pilot Speaks Out In His Defense 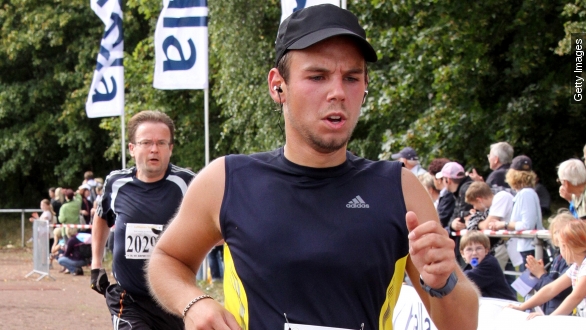 A friend of pilot Andreas Lubitz, who authorities say was flying Germanwings Flight 9525 when it crashed, spoke with NBC in his defense.

"I only knew him as a really friendly nice and helpful person. When I saw him with his girlfriend, he didn't seem depressive. He looked really happy," the friend told NBC.

In the aftermath of the crash that killed 150 people, much of the coverage has focused on Lubitz and his mental health. (Video via French Interior Ministry)

That's because authorities have indicated Lubitz locked his co-pilot out of the cockpit and started the descent sequence that led to the crash.

Investigators say Lubitz hid aspects of his mental health problems from his employer, and prosecutors said Monday he had shown suicidal tendencies years ago. (Video via BBC)

Although investigators have said the plane crash was deliberate, observers have pointed out depression rarely leads to violence.