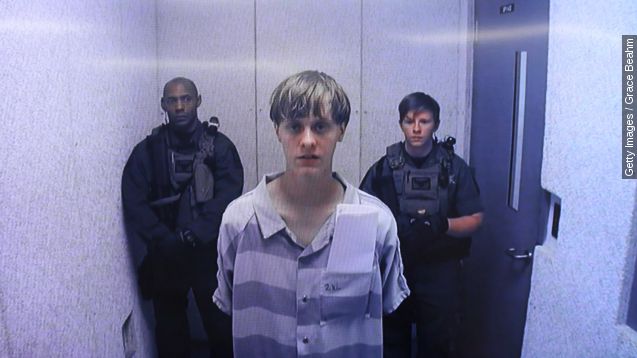 SMS
Friend Of Charleston Shooting Suspect Dylann Roof Arrested
By Matt Picht
By Matt Picht
September 17, 2015
Joey Meek Jr., who harbored suspected shooter Dylann Roof in the weeks before nine people were killed at a church, has been arrested by the FBI.
SHOW TRANSCRIPT

Dylann Roof is awaiting trial in the killing of nine people in a church back in June. Now the FBI is targeting Roof's friends.

According to a local paper, federal authorities arrested 21-year-old Joey Meek Jr. Thursday. The FBI previously told Meek he was suspected of concealing information and making false statements relating to the investigation of the shooting.

Meek, who lives with his family in a trailer, offered Roof a place to stay in the weeks before the shooting. He told authorities Roof didn't give him any indication he was planning a massacre — except for one drunken night.

Meek told NBC, "He said that he wanted segregation between the whites and the blacks. He said he wanted to do something crazy, he just didn't say he wanted to go out and kill a bunch of innocent black people in a church."

Roof is currently facing federal hate crime charges and nine counts of murder. Authorities have not brought any charges against Meek yet.