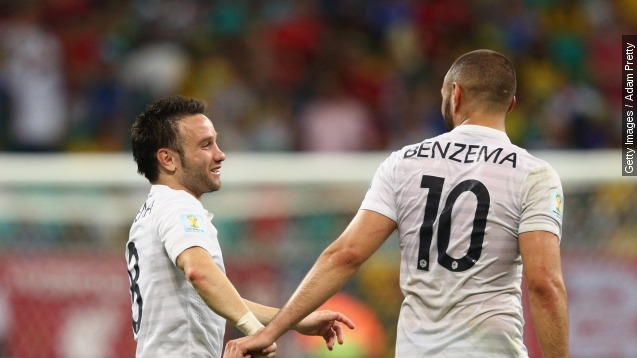 SMS
French Soccer Star Charged In Teammate Blackmail Case
By Ryan Biek
By Ryan Biek
November 5, 2015
Karim Benzema has been charged for his role in a blackmail scheme against teammate Mathieu Valbuena revolving around a sex tape.
SHOW TRANSCRIPT

Benzema was taken into custody Wednesday night for complicity in an attempt to blackmail.

Suspected blackmailers got ahold of a sex tape featuring Valbuena, and reportedly approached a childhood friend of Benzema in an effort to extort money from his teammate.

A source close to the investigation told France 24 Benzema admitted to having "agreed with his childhood friend on what he should say so that [Valbuena] would negotiate exclusively with him."

Officially, however, Benzema has denied any involvement, and his attorney told reporters his client "is happy, even satisfied, to be able to finally put an end to this painful controversy." (Video via ESPN)

Benzema isn't the first soccer player to be questioned in the case. Last month, Djibril Cisse was arrested but was later released without being charged.