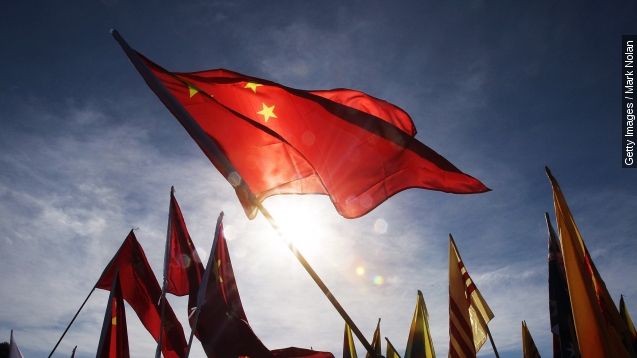 A French journalist is being "expelled" from China after she criticized the government's official rhetoric about global terrorism.

Ursula Gauthier, a reporter for L'Obs, a French news magazine, wrote an article in November questioning how the Chinese government insisted violent attacks in the country's Xinjiang region are related to global terrorism following the attacks in Paris. (Video via Les Choses De La Psy)

Recently, Xinjiang has been home to violent clashes between two ethnic groups. Gauthier accused the government of sowing tensions through heavy political constraints on the minority Uighur group.

Gauthier was not alone in her criticism, but she was soon accused of bias in state-run media and condemned for judging terrorism in China differently than attacks carried out in France.

Now, the Chinese Foreign Ministry says her press credentials will only by renewed for 2016 if she publicly apologizes for "hurting Chinese people's feelings" and saying she doesn't "support terrorism."

"I am convinced they are very, clearly trying to intimidate the foreign press in China because they don't want anyone to say things that are different from the official version of the question," said Gauthier to The Guardian.

She will be the first journalist kicked out of China since Melissa Chan, an American reporter for Al Jazeera, who was forced to leave in 2012. (Video via Asia Pacific Memo)