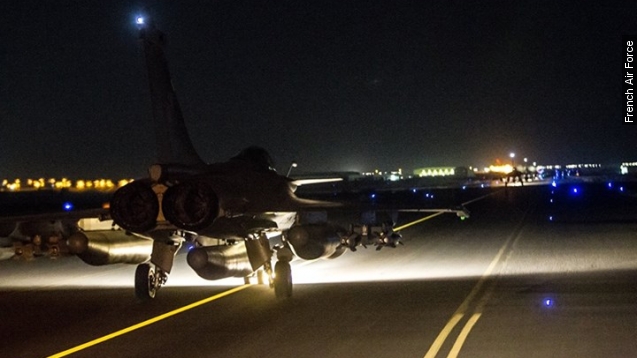 The French Ministry of Defense announced Sunday it is conducting new airstrikes against an ISIS command center and a training camp in the Syrian city of Raqqa. (Video via French Air Force)

CNN describes France's mobilization as "unprecedented" and notes it had unusual help.

"The U.S. has agreed to share with France all of their intelligence, their raw intelligence that is normally only shared with the so-called five eyes," said CNN's Jim Sciutto.

These new strikes come quickly after French President Francois Hollande promised swift and "merciless" retaliation for Friday's attacks. The strikes are the latest in France's yearlong air campaign against ISIS. (Video via France 2)