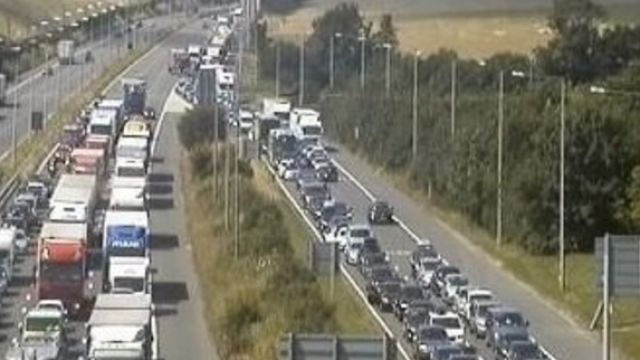 Vacation season traffic is never fun, and thousands of British travelers are learning that the hard way.

French border checks have caused traffic to back up for days — literally — as families and other motorists head to the Port of Dover in southeastern U.K. From Dover, motorists can load onto ferries to cross the English Channel to arrive in France.

The local highway system tweeted that wait times on Saturday for some routes could reach up to 12 hours. Some people even had to sleep overnight in their cars because roadways were at a standstill.

The massive traffic jam is an aftereffect of the terror attacks in Paris and Nice. There has been an extended state of emergency since last November, when terrorists killed and injured hundreds of people in the country's capital.

In an effort to protect the public, the French government upped security measures for those traveling from the port to France.

As of Sunday afternoon, wait times to get through border control were estimated to be between 112 and 305 minutes.