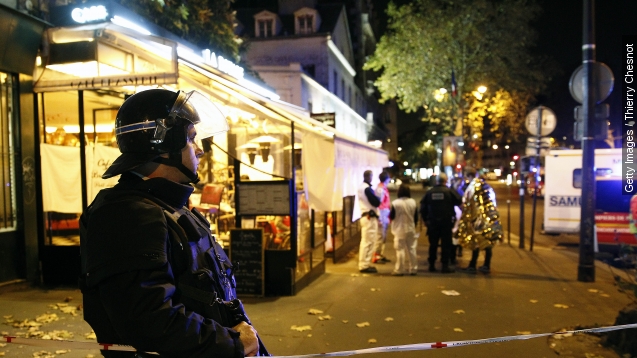 French authorities have identified a third suspect in the Paris attack at the Bataclan theater last month.

BFMTV reports DNA from the suspect's family helped confirm him as a possible attacker. (Video via CBS)

The outlet says Aggad's mother reportedly contacted authorities after she received a text message from a Syrian number referring to her son as a "martyr."

France's prime minister confirmed the the third suicide bomber had been identified but didn't elaborate on the details.

The ISIS-claimed attacks at multiple locations across Paris killed 130 people and injured over 300. The Bataclan theater was the site of the deadliest of those attacks. (Video via BBC)