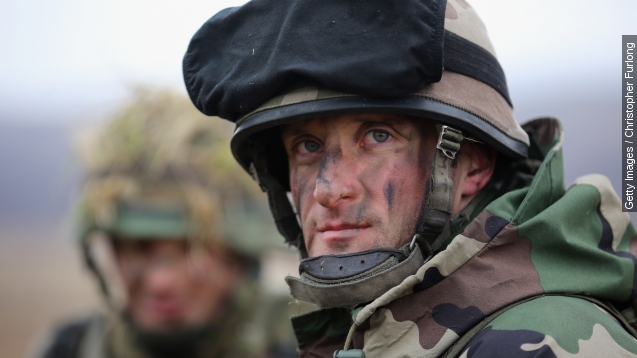 SMS
French Army Applications Triple After Paris Attacks
By Melissa Prax
By Melissa Prax
November 22, 2015
After the recent attacks in Paris, the French army has seen a surge in applications, triple the number it usually receives in a month.
SHOW TRANSCRIPT

Applications for the French army have reportedly tripled since last week's bombings in Paris. (Video via French Ministry of Defense)

According to Le Monde, about 1,500 applications are coming in daily verses the 500 before the attacks. While the French army is the only branch to release specific numbers so far, all branches of its military are seeing increases. (Video via CNN)

A rush to enlist also happened shortly after the Charlie Hebdo attack in January but not to the same extent. In both cases, France's president Francois Hollande said he would freeze military personnel cuts.

This phenomenon has happened in the U.S., too. (Video via U.S. Army)

After the 9/11 attacks, the U.S. saw a slight increase in enlistments but only for the month after the attack, and in the grand scheme of things, it was a minor bump. (Video via History Channel)

And around that time, the GI bill had some major upgrades. So it's hard to say what caused enlistments to increase.

One of biggest rushes to enlist? After the 1941 bombing of Pearl Harbor.  (Video via U.S. Navy)