Free Speech Is Under Siege On College Campuses 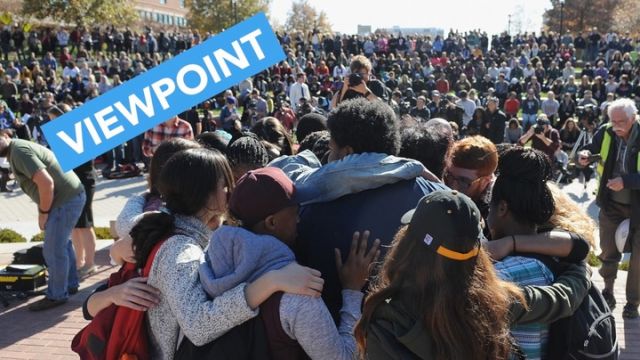 Protests have erupted on university campuses across the country. To many, these students are speaking out against racial injustice that has long been manifested in unwelcoming, sometimes hostile environments. But to critics, their demands have gone too far, creating an atmosphere of intolerance for opposing or unpopular points of view. Are the protesters silencing free speech, or are they just trying to be heard? And are the universities responding by defending free speech or by suppressing it?

For another perspective, be sure to check out "Campuses Aren't Stifling Free Speech, They're Encouraging It."