What To Know About Israeli Spy Jonathan Pollard 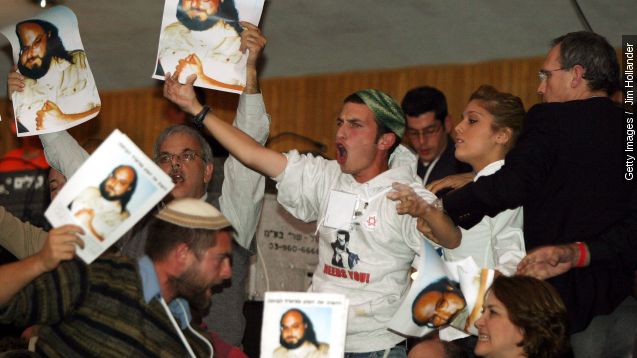 Before Edward Snowden, there was ….

"Jonathan Pollard pleaded guilty this week to spying for Israel," said a reporter for CBS.

Here’s the backstory. Between 1984 and 1985, it's estimated Pollard stole as many as 1 million classified documents and passed them to Israel in exchange for cash payments. (Video via NBC)

According to declassified CIA documents, he leaked information on Arab nuclear intelligence and weaponry.

He pleaded guilty to passing classified information to an ally, and received a life prison sentence. (Video via Channel 2)

His imprisonment remains a sore spot between the U.S. and Israel, with the Israeli government regularly calling for his release. (Video via Office of Prime Minister Benjamin Netanyahu)

This is the defense you’ll hear from Pollard’s supporters. He leaked information about Arab countries, not the United States. And he was merely helping out a close American ally in doing so.

His detractors, on the other hand, argue that because Pollard’s case never went to trial, it’s possible he caused greater harm to national security than most of us realize.

“A strong, secure Israel is a shared interest.”

Every president since Ronald Reagan has been pressed to pardon or release him.

“I have no plans for releasing Jonathan Pollard immediately, but what I am going to be doing is to make sure that he, like every other American who’s been sentenced, is accorded the same kinds of review and the same examination of the equities that any other individual would provide,” President Obama told Israel’s Channel 2 in 2013

Pollard's lawyers told The Wall Street Journal the U.S. Department of Justice didn't object to Pollard's release, which is scheduled for Nov. 21

This video includes images from Getty Images, U.S. Navy and music from Skill Borrower / CC BY NC Sampling Plus 1.0.