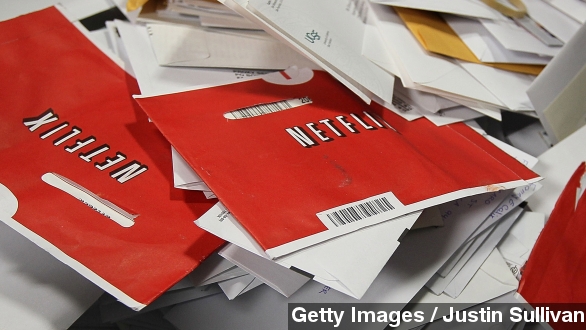 By Madison Burke
September 13, 2014
Netflix is hoping to be exempt from French regulations because it is based out of the country.
SHOW TRANSCRIPT

"Moving on up. This is like next level crazy."

Netflix has already moved into Canada, South America, the U.K. and the Netherlands. This latest expansion will add Germany, France, Austria, Switzerland, Belgium and Luxembourg.

However, not everyone is happy about this. In France, there has been a lot of public concern about the the product.

France usually requires all of its media companies to pay a pricey culture tax. But because Netflix is based out of the country, it isn't required to pay that tax — something that's frustrated some French politicians.

France also has strict regulations about streaming services, including a three-year waiting period after a film's release — another rule Netflix may be able to avoid.

French telecommunications company Orange has already said it will not offer Netflix through its set boxes because it does not want to take viewers from prime time television shows.

The Wall Street journal reports Netflix has been working specifically on its relations with France for months now; "It has been meeting regulators, privacy officials and other policy makers across the region."

And a successful transition here is crucial to Netflix's expansion plan, as global expansion has been one of its key targets for a while now.

According to Businessweek, about three-quarters of Netflix's customers are Americans. Netflix has said it would like for 80 percent of its customers to be international.