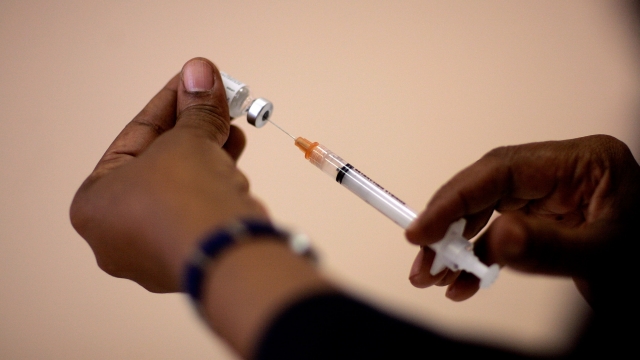 SMS
Which Country Trusts Vaccines More: America Or France?
By Ethan Weston
By Ethan Weston
September 11, 2016
A survey of 67 countries found that Europe — and especially France — was very distrustful of vaccines.
SHOW TRANSCRIPT

If you had to guess, which part of the world would you say is most distrustful of vaccines? The Americas? Maybe Southeast Asia? Nope — it's Europe.

A study that surveyed nearly 66,000 people from 67 countries found that Europeans — and especially the French — are very distrustful of vaccines.

And while Europeans aren't too keen on vaccine safety, people in poorer countries around the globe are among those who trusted vaccines the most. Southeast Asia, Africa and the Americas ranked the highest in vaccine trust.

In most countries, about 90 percent of the people surveyed agreed that vaccines are important for children.

There were a few exceptions — only about 80 percent of Russians surveyed agreed childhood vaccinations are important.

Most people surveyed in France didn't doubt the importance of vaccines for children. But safety was a different story — 41 percent said vaccines aren't safe for anyone. That's more than three times the global average. Bosnia, Russia, Mongolia and Greece rounded out the top five countries distrustful of vaccine safety.

In the United States, about 14 percent surveyed said vaccines aren't safe. Fewer than 10 percent questioned the importance for children or doubted the effectiveness of vaccines.

So why is Europe — and especially France — so skeptical of vaccine saftey?

Well, the study's lead author told NPR: "In France, in recent years there have been a series of vaccine controversies that have eroded trust."

For instance, there have been concerns that hepatitis B vaccines could cause multiple sclerosis. But the World Health Organization says there's nothing to worry about.

This isn't the first time doctors and researchers have seen vaccine fears play out like this. Something similar happened after a 1998 study seemed to suggest a connection between vaccines and childhood autism. That study has since been retracted and discredited.