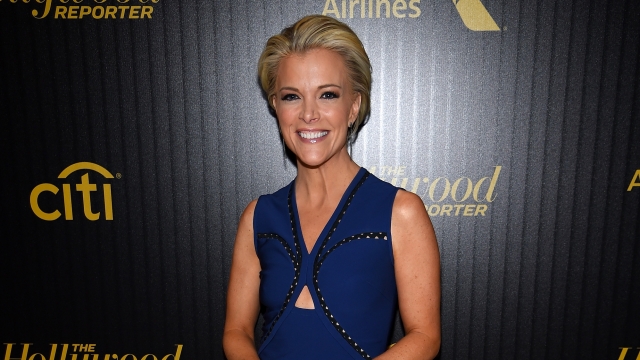 "The Kelly File" star's current contract is set to expire in July, and she's reportedly asked Fox News for an average annual salary of more than $20 million for her next contract.

The Wall Street Journal reported that's about what Bill O'Reilly earns. His Fox News show, "The O'Reilly Factor," is the most-watched show on the network, while Kelly's show is the second-most watched.

And it appears Fox News is willing to pay up the big bucks, because Vanity Fair says the network has agreed to Kelly's request.

It spoke with several unnamed sources who reportedly have knowledge of the negotiations, but a Fox News spokesperson would not comment on Kelly's contract.

Kelly has gained a lot of national attention while covering the presidential election this year, most recently when she interviewed former House Speaker Newt Gingrich. So it would make sense that Fox News would want to keep her on its roster.

But it could've also put her on other networks' radars. The Wall Street Journal reported that ABC and CNN are two networks "most likely to make an aggressive play" for Kelly.

Perhaps coincidentally, it was just announced that Kelly will co-host alongside Kelly Ripa on ABC's "Live With Kelly" the morning after the Nov. 8 election.

Kelly might be game to try something new. Earlier this year, she spoke with The New York Times about possibly hosting a long-form interview show in the future, similar to Barbara Walters and Oprah Winfrey.

But he also hinted that if Kelly doesn't want to renew her contract with Fox News, it has plenty of other talent very willing to take her spot.