Fox Announces 'The X-Files' Will Return For 6 Episodes 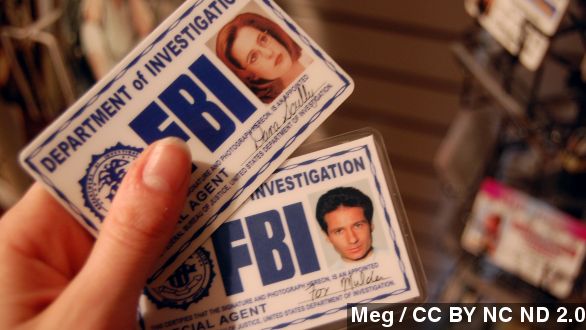 For the first time since 2002, Mulder and Scully are back — briefly, at least.

Fox announced it's bringing "The X-Files" back for six episodes, expected to air sometime next season.

"Success in our work is imperative, Scully. Reinstatement of The X-Files must be undeniable," Mulder says on the show.

And yes, David Duchovny and Gillian Anderson will be reprising their roles as supernatural detectives Mulder and Scully, respectively.

The last time we saw the duo was in 2008 on the big screen in "The X-Files: I Want to Believe." It was a stand-alone film where the duo investigated a priest's psychic visions about a kidnapped agent.

Rumors that the show would return had been swirling for the past week, but Tuesday was the first time "X-Files" fans could officially rejoice.

"The X-files," first airing in 1993, earned 16 Emmy Awards and five Golden Globes over its nine-year run.

And the crew seems excited to be back. Gillian Anderson tweeted Tuesday: "Mulder, it's me. Are you ready?"

The show's creator and executive producer, Chris Carter, said in the press release, "I think of it as a 13-year commercial break."

The show will begin shooting and production this summer.

This video includes images from Getty Images and Meg / CC BY NC ND 2.0.