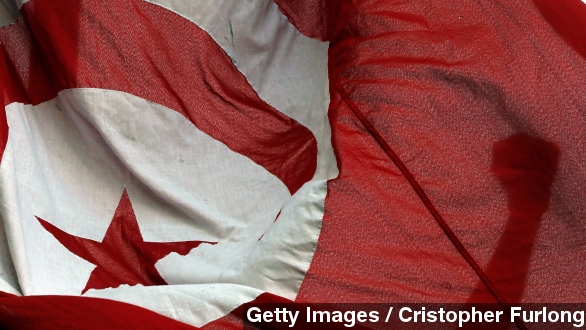 A little more than four years after a street vendor in Tunisia set himself on fire, triggering the so-called Arab Spring uprisings, the country is voting to choose its first democratically elected president. (Video via The Carter Center)

It's a runoff vote between the country's interim president and interim prime minister, after the country's presidential vote last month left both of them short of the required majority. (Video via Deustche Welle)

The 88-year-old's opponent is Moncef Marzouki, a human rights activist whose support for Islamist groups in Tunisia put him in the sights of Ben Ali's regime, which arrested him multiple times. (Video via RT)

So the election has been framed as a contest between the Islamists and the non-Islamists, and while that might sound familiar — think Egypt — it's not exactly the same story.

Instead of the Muslim Brotherhood, Tunisia has the Ennahda party, which won big in the country's 2011 elections to draft a new constitution. (Video via Tunisia Live)

But, as NPR's Leila Fadel reports, Ennahda stepped down after the constitution was drafted, instead of trying to seize power.

Nidaa won the parliamentary elections the country held in October, and their candidate, Essebsi, is the favorite to win on Sunday.

Sunday's vote is the fourth major election the country has held since the 2011 uprising, and so far none have seen the violence associated with elections in some of its fellow Arab Spring countries. (Video via CBS)

In the initial vote last month, Essebsi won 39 percent of the vote, while Marzouki won 33 percent.