Former U Of Minnesota AD May Have History Of Harassing Women 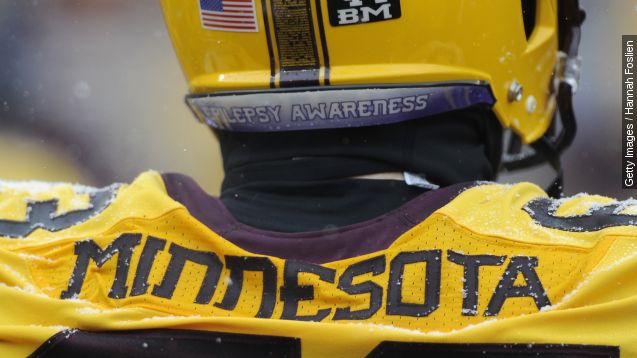 SMS
Former U Of Minnesota AD May Have History Of Harassing Women
By Matt Moreno
By Matt Moreno
August 11, 2015
Norwood Teague resigned as University of Minnesota athletic director last week after his sexually explicit texts came to light.
SHOW TRANSCRIPT

When former University of Minnesota athletic director Norwood Teague resigned last week, he blamed his resignation on a recent sexually explicit texting incident. But as the Minneapolis StarTribune is finding out, this seemingly shocking resignation isn't so shocking.

On Tuesday, the outlet reported Teague's previous conduct has resulted in at least two settlements totaling $300,000 — one occurring at U of M and the other while he was athletic director at Virginia Commonwealth University in 2012. (Video via VCU InSight)

There's not a ton of details about the 2012 incident, aside from it involving then-VCU women's basketball coach Beth Cunningham and a gender discrimination lawsuit. But the one filed a year later by then University of Minnesota senior associate athletic director Regina Sullivan had more details.

She said Teague "expected a woman in my position to take a passive role and defer to men's opinions on issues pertaining to Title IX." (Video via St. Paul Pioneer Press)

"If boys teams play in a stadium with lights, scoreboards and concession stands, then girls teams must have the same opportunity," a TED video explains.

Sullivan and the university settled out of court for $175,000.

Minneapolis StarTribune's most recent report comes a day after its own reporter accused Teague of sexually harassing her on multiple occasions. She called it "another tale" to Teague's resignation.

The university is in the middle of a massive, $190 million athletics facility fundraising effort. Teague, who's had a big part in that, could be re-hired by the university as a part-time consultant to help continue the project.