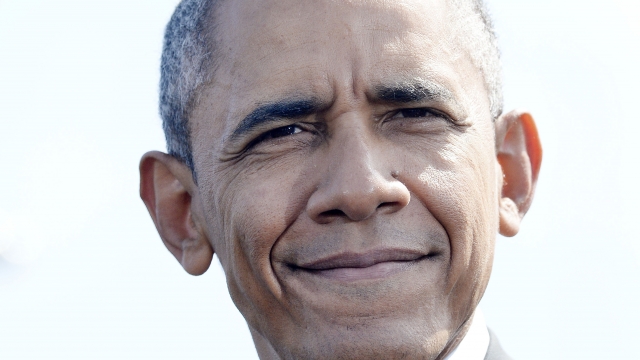 So, one of Trump's campaign officials in Ohio gave a shout-out to President Obama for creating racism. And now, she's resigned.

"I don't think there was any racism until Obama got elected," Kathy Miller told The Guardian.

Take a sec to note the pained look on the reporter's face, which is really one of the kinder reactions we've seen to Miller's comments.

Her resignation comes amid a particularly tense week in regard to race. Violent protests erupted in Charlotte this week after a black man was shot by a police officer.

And this week in Oklahoma, an officer who shot and killed an unarmed black man was charged with first-degree manslaughter.

"I watched the shooting, in particular, in Tulsa. And that man was hands up. ... To me it looked like he did everything you're supposed to do. ... I'm very, very troubled by that. We have to be very careful," Trump said.

In a statement, Miller called her earlier statements inappropriate and said she was not a spokesperson for the campaign.