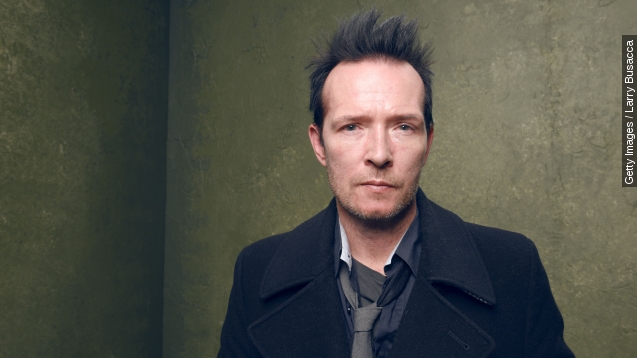 Scott Weiland, former lead singer of the rock bands Stone Temple Pilots and Velvet Revolver, died while on tour with his current band, Scott Weiland and the Wildabouts. He was 48 years old.

According to a post on his Facebook page, Weiland "passed away in his sleep while on a tour stop in Bloomington, Minnesota."

While the specific cause of Weiland's death is unknown, there has been speculation his history of substance abuse could be to blame.

The California native had played in bands since high school, except for his time in jail from drug possession. He also had two DUIs.

Weiland leaves behind a wife and two children from a previous marriage. (Video via RCA Records)