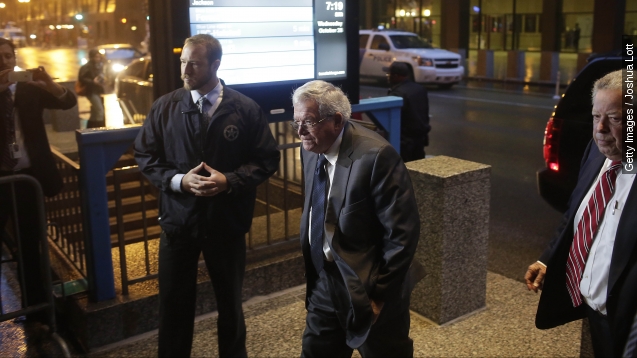 SMS
Former Speaker Hastert Pleads Guilty In Hush-Money Case
By Kate Grumke
By Kate Grumke
October 28, 2015
The former House speaker could face up to six months in prison and a fine that could reach $750,000.
SHOW TRANSCRIPT

Former House Speaker Dennis Hastert pleaded guilty to a felony charge in front of a federal judge in Chicago.

The charges center around hush money Hastert paid to an unnamed individual. Officials have told multiple news outlets the charges involve some $3.5 million he paid to a male student to cover up sexual misconduct when Hastert was a high school teacher and wrestling coach.