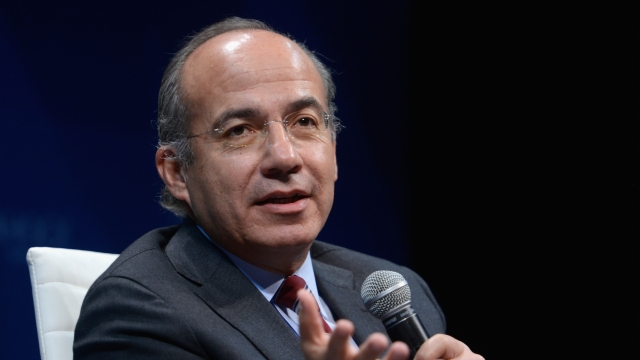 "I will build a great, great wall on our southern border, and I’ll have Mexico pay for that wall," Trump said as he announced his candidacy for the presidency.

"Mexican people, we are not going to pay any single cents for such a stupid wall," Calderón told CNBC.

In an interview with CNBC, Calderón noted that closing off the southern border would likely hurt the U.S. more than help it. One way that could happen? Trade. Calderón said, "We love American products."

And he's right. According to data from the Office of the United States Trade Representative, Mexico was the second-largest export market for the U.S. in 2013, totaling more than $226 billion. (Video via CBC)

Calderón made another point in the interview: The number of Mexicans migrating to the U.S. for work is on the decline. A fact supported by a recent report from the Pew Research Center.

And not only did Calderón call Trump's proposed wall "stupid," he may have just dissed some American voters, too.

"But if the people of the United States is able to elect someone like him — dot dot dot," Calderón said.