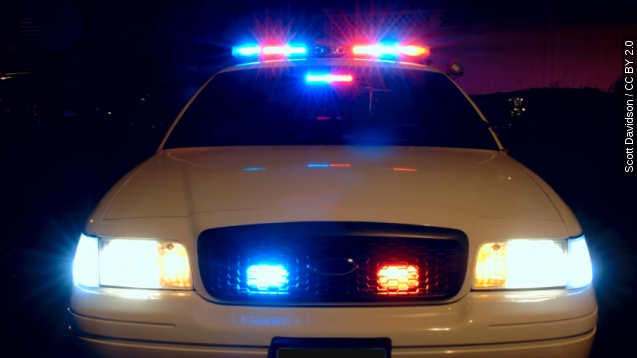 A former Massachusetts police officer accused of making false reports about a shootout and a bomb threat was found dead in his home Thursday.

It started when a bomb threat was called into Millis High School the morning of Sept. 2.  Later that day, 24-year-old officer Bryan Johnson reported a suspect had fired into his car, which he later crashed while pursuing the shooter. The shootout report led to a manhunt by SWAT and state police.

But Johnson was later accused of reporting the fake bomb threat to a local high school, shooting into his own police cruiser and then crashing it into a tree, causing it to burst into flames. (Video via WFXT)

Johnson was fired and on Nov. 19 was indicted on charges including willful communication of a bomb threat to a school and falsifying a police report, to which he pleaded not guilty.

If convicted, Johnson faced over 40 years in prison. Police say they are not investigating his death as a homicide, but an autopsy is still upcoming.