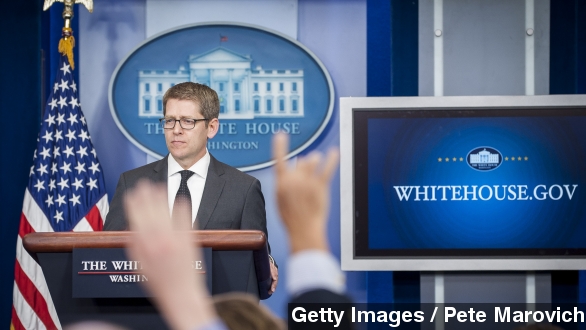 Jay Carney is the latest former Obama administration team member to make a move to the tech industry.

Carney will report directly to Amazon CEO Jeff Bezos and will be in a new position that will bring together the company's public relations and public policy teams.

After Carney stepped down from his position at the White House last year, he had a gig as a CNN political analyst, but that wasn't seen as a permanent job for him.

Last year, there were rumors that Apple was considering Carney for a PR job, but that didn't end up playing out.

Carney will start his new job at Amazon Monday, and will reportedly divide his time between the Seattle Amazon headquarters and D.C.