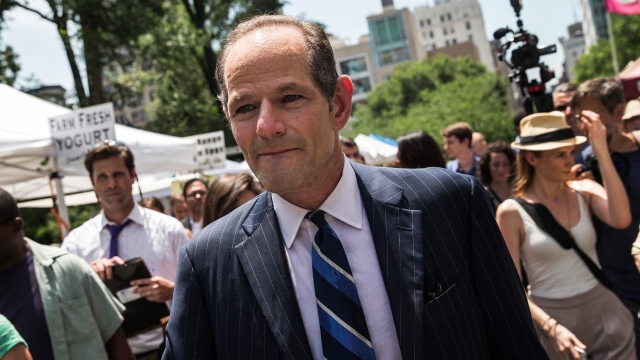 SMS
Former New York Governor Eliot Spitzer Denies Assault Allegations
By Matt Moreno
By Matt Moreno
February 15, 2016
Reports say police responded to a call from The Plaza hotel and a woman in her 20s was transported to a hospital with self-inflicted injuries.
SHOW TRANSCRIPT

Local media, citing law enforcement, say Spitzer was allegedly involved in an altercation with a woman in her 20s at The Plaza in Manhattan. According to officials, police arrived at the hotel room after reports of an emotionally disturbed person.

Spitzer allegedly answered the door, told police nothing was wrong, and the officers left — only to return a second time.

That's when, the New York Post reports, "the cops spied broken glass, bloodstains and clothing on the floor and started a search inside."

Police say the woman was taken to the hospital with self-inflicted wounds. There she reportedly told police she was Spitzer's girlfriend and the two were arguing about her returning to Russia.

Spitzer has shied away from the public eye ever since he resigned from office in the midst of a prostitution scandal.

"I'm deeply sorry I did not live up to what was expected of me," Spitzer said during a March 2008 press conference.

Police are still investigating and have not charged Spitzer with a crime. A spokesperson for the 56-year-old former governor said, "There is no truth to the allegation."