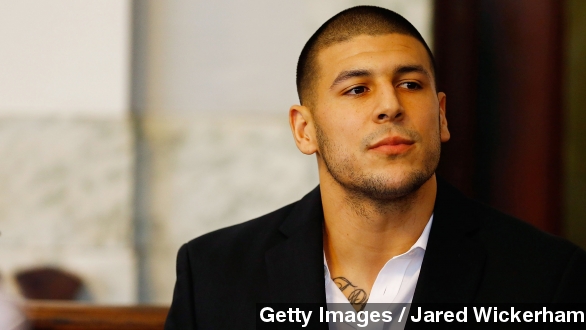 Prosecutors say Hernandez' DNA was found on a bullet casing inside his rental car, and on a marijuana joint both he and the victim shared. (Video via WBZ-TV)

They also claim a footprint matching his shoes was discovered at an industrial park where the murder occurred, and claim cell phone and text exchanges provide proof Hernandez is guilty. (Video via WFXT)

Michael Lee, Hernandez's defense attorney, denied the accusations. Lee says the prosecution is mounting its evidence to "dazzle and distract" and called the police investigation "sloppy and unprofessional."

He also says prosecutors are unfairly using Hernandez's celebrity status against him.

"As they found out that Aaron Hernandez, the celebrity football player, the New England Patriot, was a friend of Odin Llyod's, Aaron never had a chance," Defense Attorney Michael Lee said.

Hernandez has more legal woes ahead of him outside of the current murder trial. He's also accused of killing two men in a drive-by shooting in Boston in 2012.