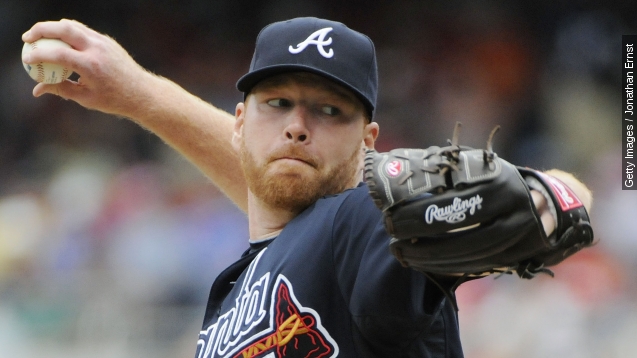 Former Major League Baseball pitcher Tommy Hanson has died at the age of 29.

The announcement was made by the Atlanta Braves, for whom Hanson pitched four of his five seasons in the big leagues.

Details around Hanson's death are scarce. Several reports said Monday he was in a coma and suffering from total organ failure at an Atlanta-area hospital.

His sudden death is also a bit of a shock. Hanson hadn't pitched in the majors since 2013 with the Los Angeles Angels of Anaheim, but remained active.

Hanson's future looked bright since he entered the league with the Braves. He placed third in National League Rookie of the Year voting in 2009 after going 11-4 with a 2.89 ERA.