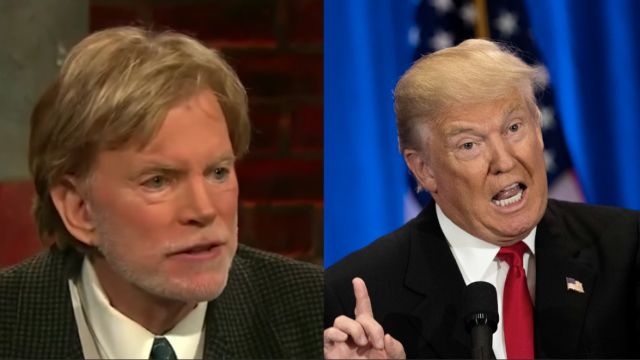 SEE MORE: Donald Trump Has Made Some Big Changes To His Campaign Staff ... Again

"I thought it was a masterful choice, to quote other people," said Trump campaign manager Kellyanne Conway.

One of those other people is Don Advo, a radio host and contributer to a neo-Nazi blog. Advo and Duke recently took some time to discuss the Trump campaign's decision to hire Bannon.

"So something astonishing has happened. We appear to have taken over the Republican Party," Advo said.

"Well, rank and file, but a lot of those boll weevils are still in those cotton balls, and, uh, the Republican Party may be a European-American populated party, but like a ball of cotton, you can have boll weevils in there that are going to rot it out from the inside," Duke said.

But it's not entirely surprising that a white nationalist would support Bannon. The Southern Poverty Law Center wrote that since Bannon took over at Breitbart "the outlet has undergone a noticeable shift toward embracing ideas on the extremist fringe of the conservative right. Racist ideas. Anti-Muslim and anti-immigrant ideas."

All of this comes as Trump makes an effort to appeal to black voters.

"You're living in poverty! You're schools are no good! You have no jobs! ... What the hell do you have to lose?" Trump said.

According to The Washington Post, he's currently polling below 2 percent with black voters.