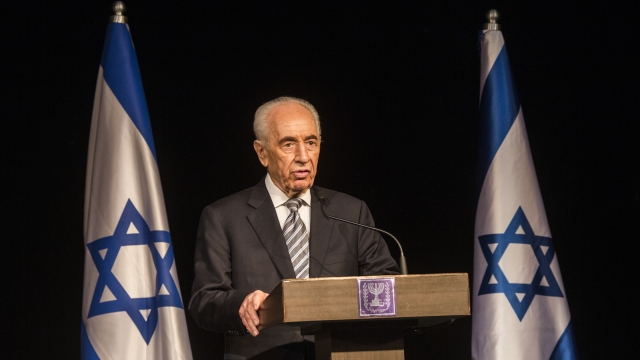 Peres was one of the founders of Israel, and he had a political career that spanned well over half a century.

As foreign minister, Peres was instrumental in negotiating a framework for the Middle East peace process in 1993. The following year, Peres was awarded the Nobel Peace Prize alongside Israel's then-Prime Minister Yitzhak Rabin and Palestine Liberation Organization leader Yasser Arafat.

Peres served twice as prime minister and once as president. He also held nearly every cabinet position.

In 1996, he founded The Peres Center For Peace, which promotes peacebuilding between Israelis and Palestinians, as well as other neighbors.

In the United States, Peres was awarded the Congressional Gold Medal and the Presidential Medal of Freedom.

Peres had been hospitalized since he suffered a stroke earlier this month. He was 93 years old.