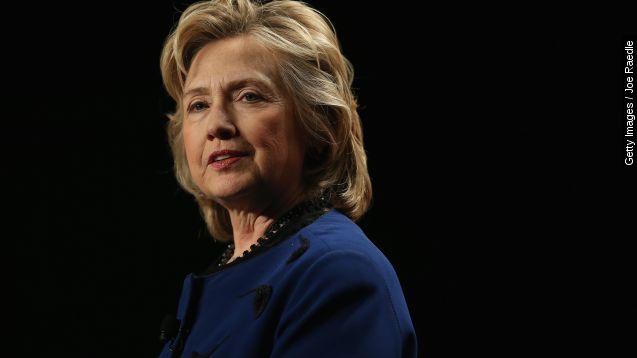 A former investigator for the House Select Committee on Benghazi is accusing the committee of targeting Hillary Clinton for political reasons.

The accusations come from Maj. Bradley Podliska. He's preparing to sue the committee over the circumstances under which he lost his job, and he says part of the reason he thinks he was fired was for resisting what he saw as a shift in focus of the committee toward bringing down Clinton. (Video via CNN, ABC)

In a statement to multiple news outlets, Podliska said, "The families of the Americans who died in the Benghazi attacks deserve to find out the truth about Benghazi, but to do that a thorough, non-partisan investigation must be conducted of all agencies and officials involved in Benghazi."

Possible political motivations in the investigation have especially been questioned after Rep. Kevin McCarthy appeared to confirm that the committee had those motivations on Fox News, which the Clinton campaign was quick to jump on. (Video via Hillary for America)

"Everybody thought Hillary Clinton was unbeatable, right? But we put together a Benghazi special committee. A select committee. What are her numbers today? Her numbers are dropping," said Rep. Kevin McCarthy.

"I think it was a slip of the tongue. Now, as I explained earlier, his reasoning was wrong. I honestly don't believe this investigation was set up to go after Hillary. I believe it shifted that way," Podliska told CNN.

The committee released a statement saying Podliska's claims are false and "the employee actually was terminated, in part, because he himself manifested improper partiality and animus in his investigative work." (Video via Congressman Trey Gowdy)

Clinton will testify in front of the committee for the first time Oct. 22.