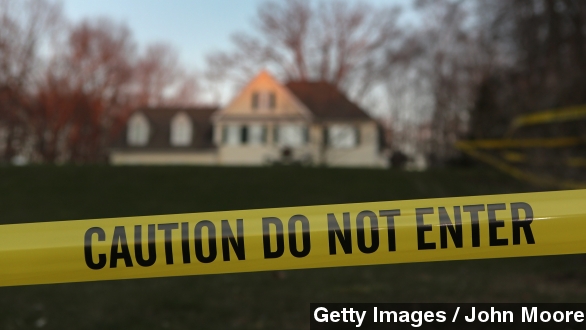 Thirty-six Yogananda Street — better known to the residents of Newtown, Connecticut, as the home of Sandy Hook shooter Adam Lanza — is getting demolished.

The 3,000-square-foot eyesore serves as a constant reminder to neighborhood and community members of that fateful day 20-year-old Lanza shot and killed his mother in their home and then proceeded to kill 20 children and six adults at Sandy Hook Elementary.

Two years have passed since the December 2012 shooting, and the Newtown Legislative Council overwhelmingly approved Wednesday the demolition of Lanza's home.

Since December 2012, the house has sat empty and boarded up, often drawing gawkers and tourists to the neighborhood. The demolition is set to start in the next few months, and the land will be kept undeveloped.

The vote to demolish the Lanza household comes just over a year after the demolition of the original Sandy Hook Elementary School.

The former school building was torn down in 2013, and after considering a number of new locations, the city ultimately decided to build the new school on the original grounds.

According to WVIT, the fall of 2016 marks the first time students and staff are expected to return to Sandy Hook Elementary School since 2012. The new school will have a different design and layout from the original building.

Along with the new school comes a new set of security standards, which are being developed by the State of Connecticut and the U.S. Department of Homeland Security.

The State of Connecticut awarded the town of Newtown $50 million for the project and is not requiring the town to pay it back. If the property Lanza's house sits on is sold, the city council plans to route money from the sale to a fund for the victims' families.