Former Gang Members See Themselves In A New Way — Without Tattoos 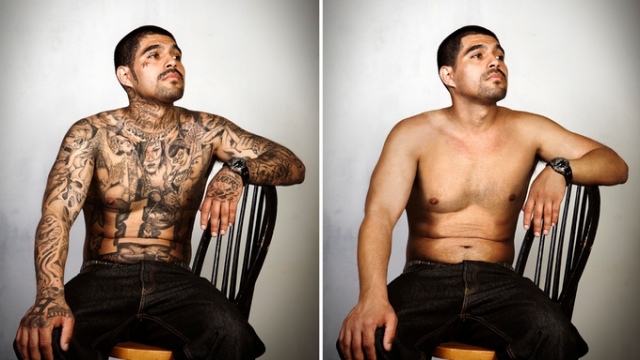 These former gang members had tattoos for decades. Now, thanks to editing, they're seeing themselves with a different identity.

"It's emotional, you know that?" Marcos said.

"To see that picture without the tattoos, I just seen it and was like that was the beginning of my life," Calvin said.

SEE MORE: This Nicaraguan Artist Creates 'A Language With The Body's Movement'

The transformations are dramatic. And it took photographer Steven Burton two years and more than 400 hours of retouching.

He made a Kickstarter project of a book with the portraits.

But with or without tattoos, these former gang members just want to be seen as normal people, including by the people they care about the most.

"Sometimes I think in my head if I'm not around him, he won't be like me. ... But come on. Every kid wants a dad in their life," a former gang member said.

We're not crying; you're crying.