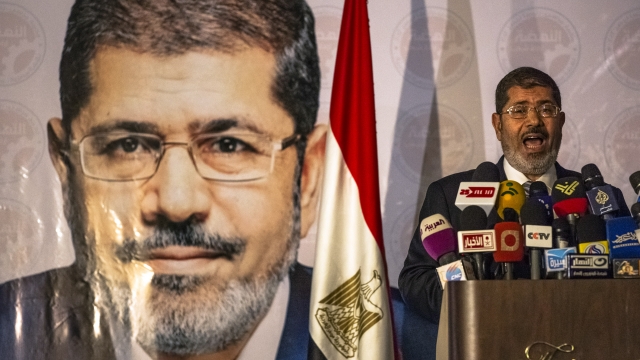 A 25-year sentence and an additional 15-year sentence — handed down in Cairo's criminal court Saturday — are for a national espionage case, which also involved two Al Jazeera journalists.

Those sentences are on top of more prison time and a death sentence Morsi received for various crimes, including those against the state.

The court also upheld death sentences for the Al Jazeera journalists and four other people. They were convicted of a similar crime as Morsi — leaking Egyptian government documents to Qatar.

While those accused can still appeal, the Al Jazeera journalists have been vocal in calling the original sentence an attack on press freedom.

And other humanitarian organizations have also condemned the court cases.

Morsi was put in jail following his removal as president in 2013.

He was criticized in office for not doing enough to help the country's economy and was accused of corruption the year after his election.