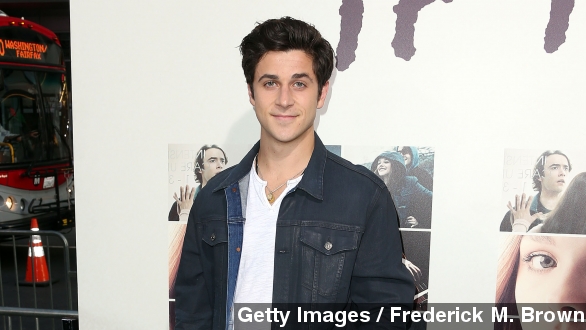 A former Disney Channel star is making his way to the silver screen. David Henrie is set to play a young Ronald Reagan in a new biopic.

Based on a true story, the film, which is titled "Reagan," revolves around a KGB officer who kept tabs on the future 40th president during his time as an actor and president of the Screen Actors Guild.

If you weren't a preteen in the last decade, though, Henrie might not ring a bell.

He played Selena Gomez's big brother in the Disney Channel show "Wizards of Waverly Place" for four seasons until the show ended in 2012.

He also played the son on "How I Met Your Mother."

Since both shows ended, Henrie has landed a few movie roles. The 25-year-old stars in "Paul Blart: Mall Cop 2," which premieres in April.

But now Henrie is taking on a lead role.

After The Hollywood Reporter revealed the casting news, Henrie wrote on his Instagram account, "So excited for this and blessed to play such an important figure in our nations history."

Others are a bit more skeptical about the casting decision, like a Washington Post reporter who said Henrie is "just the latest in a totally random group of actors to play Ronald Reagan."

There have definitely been some interesting choices made when it comes to actors playing the former president.

Like Jim Carrey, who played Reagan in a 2010 Funny or Die sketch.

And a heavily made-up Alan Rickman in "Lee Daniels' The Butler."

This will be the first non-documentary about Reagan since the 2003 TV movie "The Reagans." The movie played on Showtime after it was dropped by CBS.

No other casting decisions for the biopic have been announced yet, and there is no director tied to the film currently.