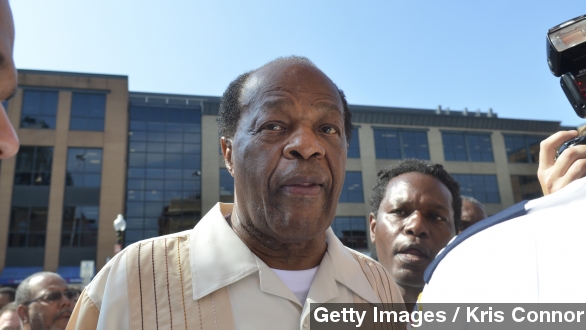 Barry died unexpectedly in the early hours of Sunday morning, despite showing signs in the past week that he had recovered from a recent health scare. (Video via WTTG)

“He was very strong, he was upbeat and he was in good spirits … And this is a total shock for all of us,” said Barry’s spokesperson Latoya Foster.

Barry was a legendary figure in D.C. city politics, serving as mayor for 16 years and as a city council member for 15. (Video via CBS)

His tenure as mayor, starting in 1979 was fraught with personal controversies, and was interrupted in 1991 when Barry went to jail for drug possession after campaigning against drug abuse. (Video via C-SPAN)

But some attribute the city’s economic growth under his first terms in office to Barry’s pro-business policies. He also created a summer jobs program to offer work to school-age D.C. residents. (Video via WJLA)

The Washington Post, which repeatedly endorsed Marion’s campaigns for mayor, described him as, “the most influential and savvy local politician of his generation. He dominated the city’s political landscape in the final quarter of the 20th century.”

Still, as recently as 2005 a court-ordered screening found marijuana and cocaine in his system, in 2009 he was arrested for stalking, and in 2010 he was censured for appropriating government funds to a girlfriend.

Barry had been planning to attend his annual turkey giveaway on Tuesday. He is survived by his son and two stepdaughters.