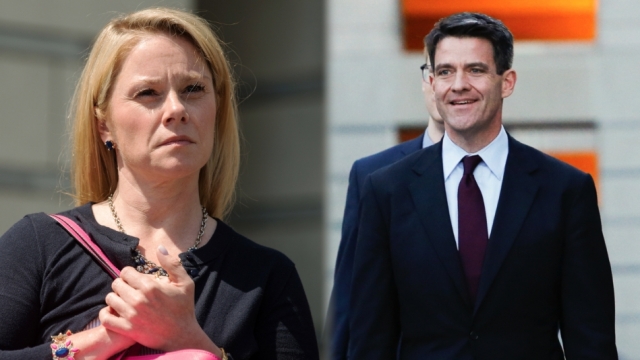 Two former aides of New Jersey Gov. Chris Christie were found guilty on all counts in the Bridgegate trial Friday.

Bridget Kelly and Bill Baroni were convicted of nine conspiracy and fraud charges for their roles in connection with the George Washington Bridge scandal.

For four days in September 2013, drivers on the bridge connecting New Jersey and New York were stuck in a major traffic jam because two of the three local access lanes were closed.

Kelly and Baroni were convicted of organizing that lane closure as political retaliation against the mayor of Fort Lee, New Jersey. He didn't endorse Christie's re-election bid.

Christie has denied any involvement or knowledge of the plot to close the bridge. He issued a statement in the wake of the verdict, vowing to "set the record straight in the coming days" regarding his alleged role in the scheme.

The most serious charge in the aides' convictions carries a sentence up to 20 years in prison. Sentencing is set for Feb. 21.