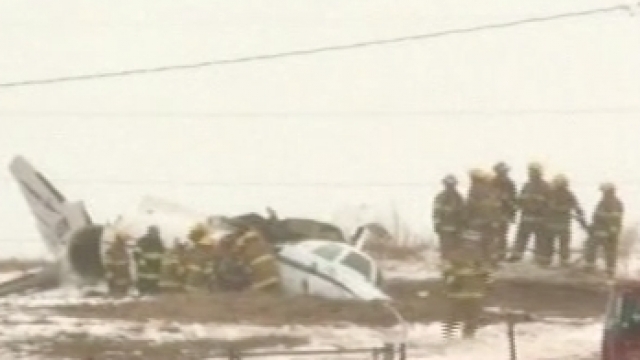 SMS
Former Canadian Politician, 6 Others Killed In Plane Crash
By Eugene Daniels
By Eugene Daniels
March 29, 2016
Jean Lapierre, his wife, two brothers, one sister and two others were reportedly traveling to his father's funeral.
SHOW TRANSCRIPT

Authorities say seven people, including a former Canadian parliament member, are dead after a small plane crashed in Quebec.

According to CBC, Jean Lapierre, his wife, two brothers, one sister and two others were on their way to Lapierre's father's funeral. The investigation into what happened is just beginning, but police are trying to determine if the weather had anything to do with the crash.

Police told press, "The weather was not ideal at the time, we’re talking about fairly windy conditions with some freezing precipitation."

Canadian politicians have begun offering their condolences to Lapierre and his family. Prime Minister Justin Trudeau tweeted: "Shaken by the sudden death of the Hon. Jean Lapierre on the Îles-de-la-Madeleine. A great loss to the political world."

Canada's Transportation Safety Board will be investigating the crash.

This video includes images from Getty Images and clips from LCN and CBC.